Justin serves as the Sea-Run Fish Ecosystem Project Coordinator. He has over 18 years experience with sea-run fish in Maine and has previously worked for both the NOAA Northeast Fisheries Science Center and the Maine Department of Marine Resources on Atlantic Salmon and other sea-run fish. His research has spanned freshwater habitat and population assessments for Atlantic Salmon to more recent focus on the Penobscot River Estuary. He has lead a survey of the estuary using hydroacoustics to monitor the changes in fish distribution during a period of large-scale river restoration since 2012. His interests are also in the ecology of sea-run fish including Atlantic Salmon, Rainbow Smelt, Alewife, and Blueback herring which utilize the estuary in different ways during their life cycle. He collaborates with various researchers to explore and what may be drivers of growth, survival and distribution for sea-run fish in the estuary.

As part of the Extension team, he communicates regularly with national, regional and local Sea Grant, NOAA- Northeast Fisheries Science Center researchers, Maine Department of Marine Resources, US Fish and Wildlife Service, community members and other stakeholders to foster integration and modernization of human networks and data systems for improved communication and management of sea-run fish. 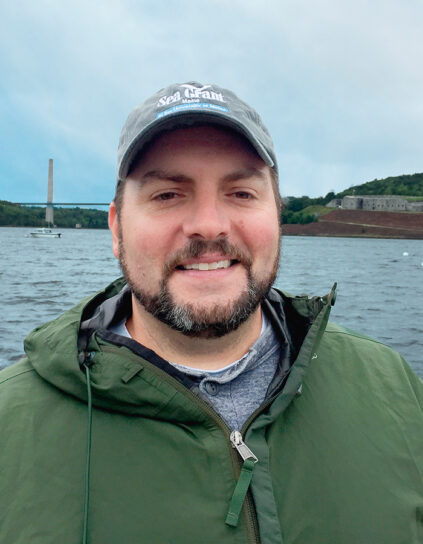