Kiernan Crough, from Greenfield, Massachusetts,  is a third year student at the College of the Atlantic (COA). His interests include marine biology and oceanography. In 2018, Crough investigated the relative abundance of adult Mya arenaria (soft-shell clams) in the mudflats at Hadley Point alongside the COA Marine Biology class. The results of this investigation found zero clams larger than ¾ of an inch in the areas surveyed. The three hypotheses for the lack of adult clams found were lack of recruitment, low pH, or predation. This past fall, Crough  sailed aboard the Corwith Cramer as a part of class C-289 and the Caribbean Reef Expedition with SEA Semester. During this experience, Crough, along with a fellow classmate, assessed the effects of Marine Protected Areas (MPAs) on coral reef biodiversity and health. Particular emphasis of the assessment was put on the involvement and education of local community members in the management of the MPAs, in addition to the physical data collected from the reef sites. This comparison was done with the intention of utilizing social science to provide a more comprehensive picture of the effectiveness of MPAs in preserving marine environments such as coral reefs. Crough’s goals include spending the summer of 2021 on Mount Desert Rock (COA island research station) and investigating the geographic movements and behavior of sharks in the Gulf of Maine to inform conservation and public safety measures.

Crough is a 2020 Undergraduate Scholarship in Marine Sciences recipient. 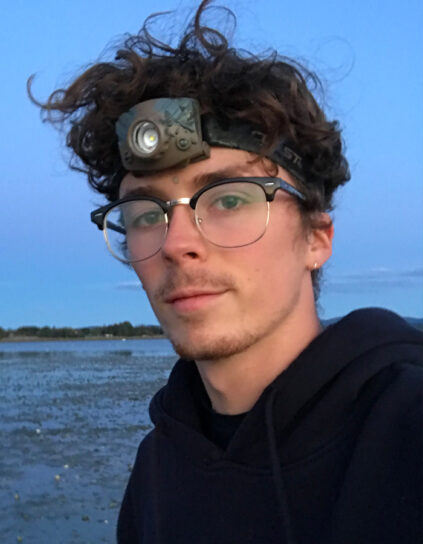