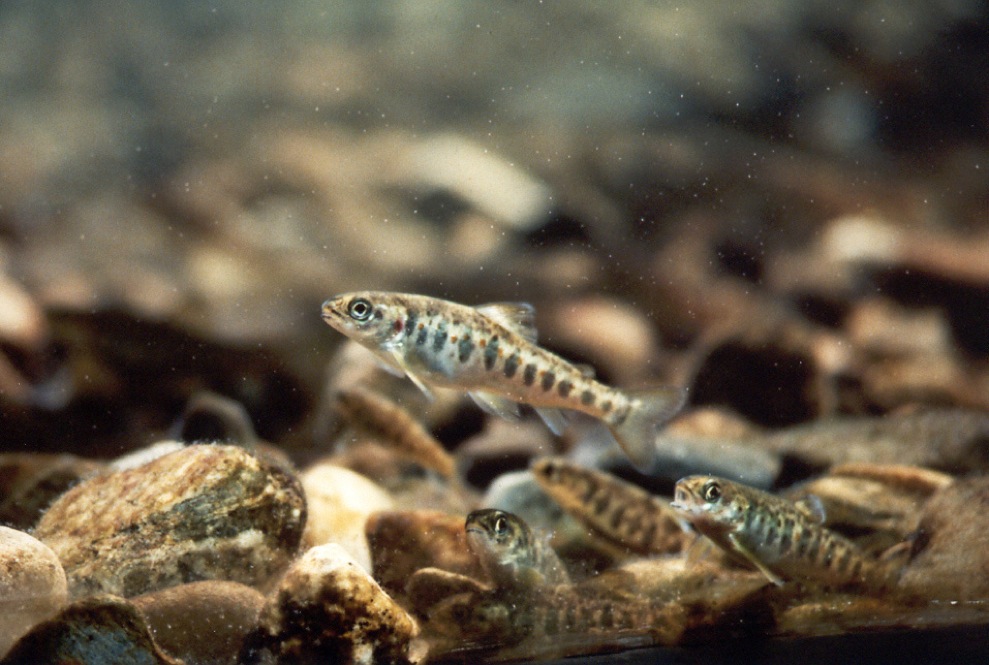 Maine rivers harbor the last remaining wild population of sea-run Atlantic salmon in the United States. On the federal Endangered Species List and a NOAA Species in the Spotlight, salmon are the target of conservation and restoration activities statewide. Salmon are an anadromous: they grow up in freshwater, spend most of their adult lives in the ocean, and return to their freshwater home to spawn. Because salmon require cold, clean, intact headwater streams, much of the work to address declining populations of salmon is focused on increasing access to freshwater habitat, for example by removing dams and replacing malfunctioning culverts. However, these actions will only be successful if the newly accessible habitat is suitable. Questions persist about whether salmon can thrive given current and predicted climate-related changes in stream temperature and flow, and different assemblages of fish in Maine streams.

This project seeks to understand how habitat variation (temperature, flow, and prey availability) influences competitive interactions among salmon, native brook trout, and non-native smallmouth bass. Salmon and brook trout evolved together, each establishing their own niche in the stream environment: juvenile salmon in the shallow, fast current, and brook trout in slower, deeper water. This habitat separation becomes more important as warmer waters stress these native fishes. But now, in some areas, a new fish has moved in, potentially disrupting the delicate balance between salmon and trout. Smallmouth bass were introduced to Maine in 1868 and have spread throughout the state’s rivers. While young bass may use some of the same habitat as salmon, and can tolerate much warmer water, the effect of their presence is not clear.

The investigators will integrate mesocosm experiments, modeling, and field validation. Changes in salmon behavior and feeding under different scenarios measured in constructed stream channels in the laboratory of Downeast Salmon Federation’s Wild Salmon Resource Center will inform growth models. They will then test the model against experiments in outdoor mesocosms, and in comparison to the performance of salmon fry stocked in streams in Downeast Maine, based on data collected by the Maine Department of Marine Resources and U.S. Fish and Wildlife Service as part of the Atlantic salmon recovery program.