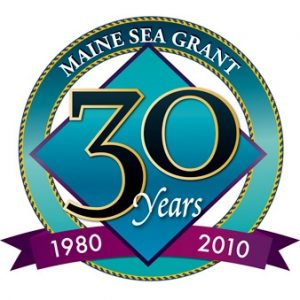 Maine Sea Grant’s relationship with the fishing industry dates to 1975, when Congress was about to pass what would become the Magnuson-Stevens Fishery Conservation and Management Act. At that time, fish harvested by Maine fishermen stayed local, only traveling perhaps as far as Boston or New York. The Gulf of Maine fishery was dominated by fleets of foreign fishing vessels, factories at sea that fished harder than anyone before. Even at Gorton’s in Gloucester, MA, 40% of the cod came from Polish boats.

To understand how the new rule, which would prohibit foreign fishing fleets within 200 miles of the nation’s shoreline, would affect Maine fishermen, Jim Wilson from the Department of Economics at the University of Maine and his student research assistant Robin Alden were interviewing people about their perceptions of the impending legislation. The project was funded by Sea Grant.

“We had an industry that was nearly unregulated—nobody had experience dealing with regulators. People were being thrust into this world where the government would have a large say in how their lives ran,” said Jim Wilson. Wilson attended a meeting of fishermen in Rhode Island, and when he returned to Maine, he came up with the idea for the Maine Fishermen’s Forum. “The idea of the forum was to build a community that could start to prepare for this brave new world.”

Like other Sea Grant enterprises, the forum eventually became self-sustaining. In 1985 Sea Grant director Ron Dearborn called the forum Sea Grant’s most significant contribution to the fishing industry in New England. “Before that, fishermen didn’t think of themselves as an industry,” he said.